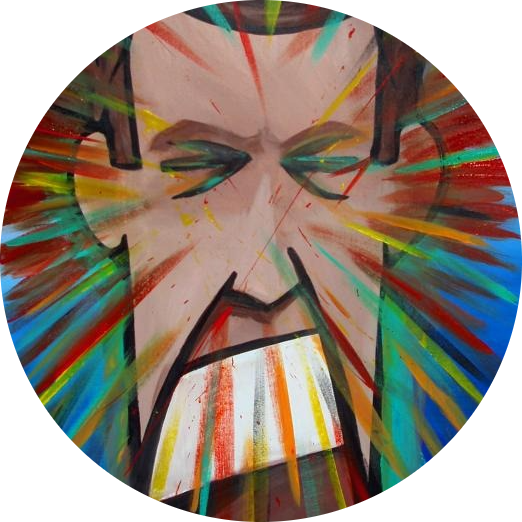 Dealing with ADHD and Frustration

Dealing with ADHD and Frustration

If you live with someone suffering from Adult ADHD, perhaps you are in a relationship with them, you’ll know how emotions like anger and frustration can interrupt your life. You’ll also probably be familiar with the feeling of guilt after releasing you’re own anger and frustration at a person for something they have or haven’t done.

The symptoms of ADHD, when not diagnosed and managed, can be extremely damaging and disrupting to the regular life of the person with ADHD and the people around them. However, the good news is that once a person knows the ways to manage their condition, in conjunction with treatment options, the emotional stress caused by the frustration and anger will disappear and relationships will improve.

A startling number of people, especially adults, suffering from ADHD go undiagnosed. In fact, even 60% of children with ADHD will continue to suffer from symptoms even as adults. That is a worrying and upsetting fact. The average age of adults that seek treatment for ADHD is 35. As those with ADHD, especially undiagnosed ADHD it becomes harder and harder to ignore the symptoms afflicting them.  As young professional adults they rarely have control over their environment in a sufficient way to manage their symptoms. This can anger, and frustration to build and build due to an issue that could be easily identified. Can you imagine how many people are living in emotional distress due to frustration and anger without the need? Can you imagine how many relationships are ruined without need?

The good news is that here at Trifecta Health we understand adult ADHD at its very roots. We offer a variety of different treatment options, as well as helping you learn management and coping mechanisms to help you manage ADHD and frustration.

It’s frustrating because so many people don’t realize they have it. From running late on a regular basis to forgetting to pay bills, becoming irritated easily to being scatty with certain tasks, these are just a few of the regular problems with adult ADHD. These, along with many symptoms that people with ADHD suffer from, can be easy to dismiss early on. It’s usually not until problems become overwhelming, and cause emotional responses like frustration and anger, before a person will finally be offered treatment.

Not only do the unknowns of ADHD make it hard to live with, but it also causes people to have different reactions to emotions without realizing it may be harming them or the people around them. Many with ADHD will react to seemingly little problems the same way some may react to larger problems. This means they can easily lean into frustration and anger and lose sight of what the solution is. Once these strong emotions take over, they can be difficult to come back down from. ADHD makes emotions, like frustration and anger more intense and people with ADHD can hyper-focus on these emotions for hours at a time. These emotional overreactions are out of the control of those afflicted with ADHD, and thus frustration and anger can becomes normal emotional response for many affected.

Of course, many people tend to falsely think that ADHD only affects children, but that’s simply not the case. ADHD can be an adult condition also, and the fact that adults have to pay bills, work, look after high responsibility tasks, makes adult ADHD very damaging when not controlled and managed. The fact that so many people don’t realize they have the condition creates an even bigger problem that becomes near impossible to manage without treatment that many people with ADHD desperately need. Living in a constant state of frustration, anger, and even confusion at your emotions that people with ADHD may feel as children only becomes exacerbated as they grow into adults and gain more responsibility.

It’s this simple - once you know what a problem is, you can put mechanisms in place to solve it. When you don’t know what is wrong, you simply amble along, accepting the frustration and anger caused by not knowing what may be wrong as you’re new normal.

Adult ADHD cannot be cured but it can be managed, and we offer a range of treatment options to make life infinitely easier. If you don’t know about these treatment methods and management routes, your life will continue to be affected by the frustration and anger unmanaged ADHD can cause. If you are in a relationship with a person with adult ADHD, or live with someone affected by ADHD, seeing something is wrong, and causing them frustration and anger, but having no way of telling what may be wrong can be heartbreaking.

The Bottom Line of ADHD and Frustration

Reaching out is the single best way to ensure that your route towards treatment is a smooth one. From there, you can also look forward to a life that isn’t controlled by frustration, anger, and the unknown.

Seeking treatment can be a difficult process if you don’t know where to start. At Trifecta Health, we have many treatments available to help battle the frustration and anger you may be feeling. This includes medications like Ritalin, Adderall, Concerta, and many others. When these medications are taken as prescribed they can help to fight against the symptoms like increased emotional reactions. We also have new a treatment called Transcranial Magnetic Stimulation. This is an FDA-approved treatment for Depression. However, the part of the brain targeted by the treatment is the Dorsolateral Prefrontal Cortex, which is also the part of the brain implicated in causing ADHD. As many people with ADHD suffer from frustration, anger, and even depression, this treatment works to mitigate all of their related symptoms.

Here at Trifecta Health, we have years of experience in dealing with adult ADHD and have several treatment options we can discuss with you. Every person is different and that means that one size doesn’t fit all. By arranging a consultation with one of our highly experienced staff, you can find the way out of frustration.