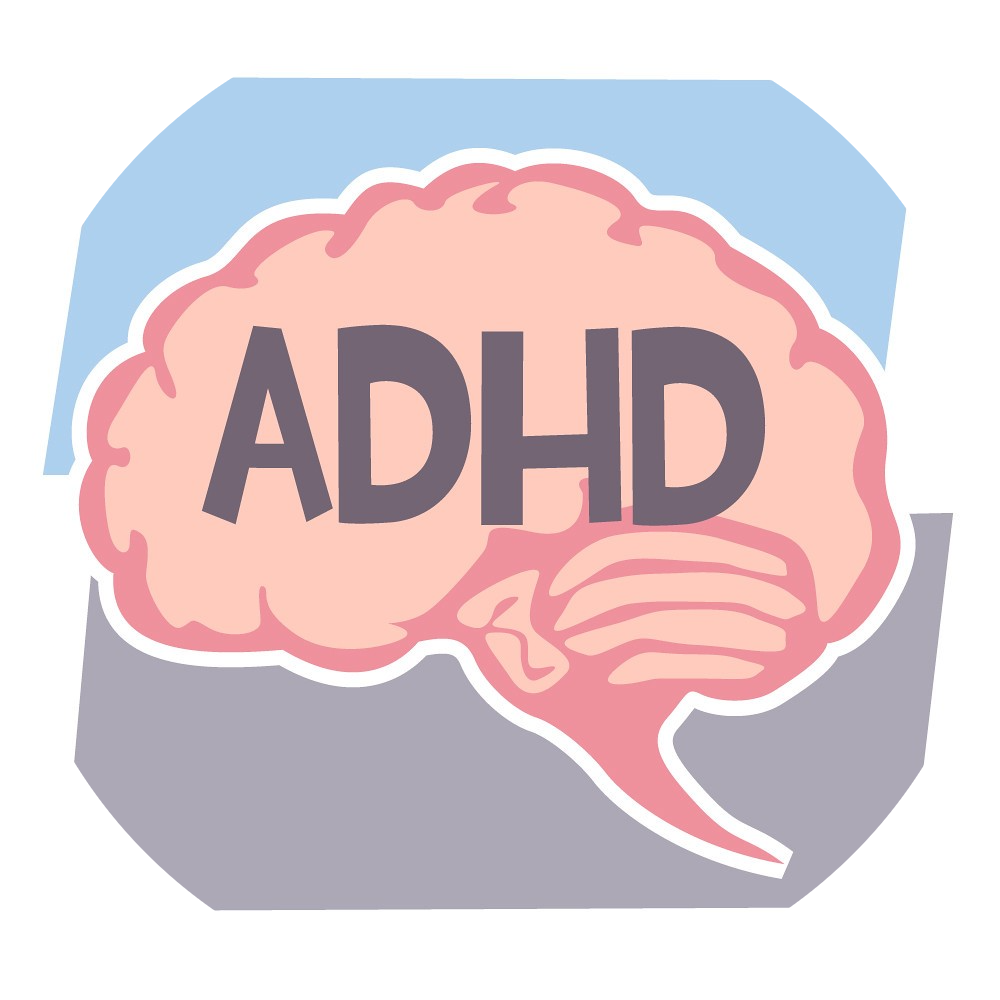 What is Overfocused ADD?

Have you ever focused on a favorite hobby for so long that you forgot what time it is? DO you do that regularly? Has it ever affected one of your relationships or your work performance?

If so, this article is for you.

There Are Different Kinds Of ADD/ADHD

Before we can talk about overfocused ADHD, specifically, we need to talk about ADHD generally. Although there are different ways to look at ADD and ADHD, there are two common classifications that mental health experts tend to focus on.

People with inattentive ADHD may have trouble staying on task. They may have a hard time staying organized or keeping to a schedule. They may even have a hard time concentrating on specific details because they’re just trying to do something good enough so they can move on to whatever is “giving them dopamine” at the moment instead of whatever the task at hand is.

Hyperactive ADHD, also known as impulsive ADHD, looks more like the stereotypical presentation of attention deficit hyperactivity disorder. It mostly involves a pattern of behavior that includes a lot of restless fidgeting and half-thought through decision making.

Someone with Hyperactive/impulsive ADHD may have a hard time sitting still in a chair for longer than a few minutes. They may jump into conversations spontaneously, even though they weren’t originally included. And most people may see them as really chatty or talkative. These are the oversharers who’ll happily talk everybody up all of the time.

Of course, not all ADHD patients fall neatly into one of two categories. Some people have what’s known as combined ADHD. This means that they present like someone with inattentive ADHD sometimes and they present like someone with hyperactive or impulsive ADHD other times. Normally they won’t have every, single symptom for each, but a smattering of both.

In fact, even though the above-mentioned types of attention deficit hyperactivity disorder classifications are the most common types. ADHD researchers often categorize people into one or more of seven total classifications. Overactive ADHD is one of those remaining five types. Oftentimes, overactive ADHD (and the other five possible classifications) are thought of as specific symptoms of ADHD that present themselves in an overly strong way.

What Is Overfocused ADD/ADHD?

Overfocused ADHD is a form of attention deficit hyperactivity disorder where someone has an extremely hard time pulling themselves away from a specific task. In fact, it almost feels like a compulsion. That all-attention-consuming task may look like a new hobby. It may look like they’re falling down a Wikipedia rabbit hole. Or it may look like deep cleaning their kitchen or obsessively organizing the spices on their spice shelf.

Here are some of the most common symptoms associated with overfocused ADHD.

And left untreated for long enough, this can cause the person with over focus to abandon certain necessary elements to a healthy and happy life for other tasks, that aren’t bad, but consume too much time. This can cause work, relationships, and family-related issues over a long enough period of time.

Overfocused ADD/ADHD In Adults Vs Children

While it’s true that both adults and children can have and be diagnosed with overfocused ADHD, current data suggests that a significantly larger number of adults have it than children.

Additionally, the difficulty both adults and children may have regulating their attention and focus may present slightly differently as kids and adults have different responsibilities and interests, but there are still some similarities between the two.

For example, children may become obsessed with a toy, video game, or art project. They may lose track of time and forget to do their chores or homework depending on their age. And direct reminders aren’t always helpful in nudging them to focus on those other tasks.

Whereas for adults, what’s more likely to happen is that they’ll abandon most if not all of their favorite leisure activities to try something new, focusing all of their free time and free money on that new hobby, until they grow bored with it a month later. Because adults have jobs and the freedom to spend their own time and money as they see fit, adults with overfocused ADHD tend to present in ways that look more extreme to others. But it’s more likely that they just have more say in what they do on a day-to-day basis than children.

Adults may also find themselves having relationship problems or workplaces issues due to their overfocused ADHD. If you’re constantly losing track of time and not going to bed at the same time as your partner, your partner may feel at least partially abandoned emotionally. And if you’re continually getting distracted at work, this may affect your performance over time. If left unchecked, these small issues will grow over time until you’re forced to treat them as major obstacles that’ll either make or break that personal or professional relationship.

Children don’t have this problem as much since most of their lives are dictated by school and extracurriculars that their parents signed them up for. But schoolwork can certainly suffer if the overfocus isn’t properly managed.

Additionally, children and adults alike experience extreme anticipation for events related to their current interests. For adults, that may look like constant planning for an upcoming vacation, delving into travel hack subreddits and blog articles, and for kids, that may look like camping outside of a movie theater to buy a ticket for the midnight showing of their favorite movie series.

Either way, the anticipation to participate in something that excites them may be nearly overwhelming.

According to the DSM-5, over-focusing isn’t a symptom of ADHD, although you see it a lot in inattentive ADHD patients. And oftentimes, people with inattentive ADHD aren’t diagnosed until later as most people think of hyperactive/impulsive presentation when they think of ADHD. Nonetheless, a lot of people (especially adults) with attention deficit hyperactivity disorder have a big over-focusing problem.

If you think that you’re dealing with over-focusing, or your child has a problem with over-focusing, reach out to a mental health specialist or medical professional. The medical professional can help you or your loved one get diagnosed while the mental health professional can help work with you so you can learn to better manage the issue and strike a balance between doing the things you like to do and doing the things you need to do.

Once officially diagnosed with ADHD by a psychiatrist, you can begin receiving help for your over-focusing issue. Treatment can involve a wide variety of possible options, but here are some of the most common suggestions a psychiatrist or therapist may make.

Sometimes, people with ADHD need help with specific skills. Oftentimes this includes help with certain social skills so that they can maintain a healthy level of social interaction and prevent their interpersonal relationships from breaking apart due to unintentional hurt. For example, a therapist may help some who over-focus learn how to spend time on those they care for in such a way that makes them feel loved and appreciated.

New science is suggesting that kids who receive behavior therapy before receiving medication for their ADHD ultimately do better managing their ADHD than kids who just receive medication alone. And that’s important to keep in mind when weighing your treatment options.

Behavior therapy aims to help modify a person’s behavior so they do some things less and other things more. You may find behavior therapy helpful if you’re wanting help putting down your latest and greatest hobby for a while so you can focus on other important tasks instead.

In fact, there are so many benefits to regular psychotherapy that will help you put your focus into the right things at the right time that it’s hard to fit them all into one article.

For example, sometimes people look at someone over focusing and assume that their relationship doesn’t mean much to the person with ADHD. But that’s probably not the case at all. IN all likelihood, the person with ADHD just doesn’t realize how much time they’re spending on a given task on a literal chemical level.

But the above-mentioned treatment options aren’t the only options out there. Aside from official treatment, there are plenty of lifestyle changes and optimizations someone can make in their life to help them better manage their overfocused ADHD.

Here are just a few examples.

Do tasks with an alarm or timer

Boring, repetitive tasks are really hard for people with ADHD. But most of those tasks don’t actually require that you finish them. For example, having a clean kitchen does not necessarily mean you have to have a spotless kitchen. Regularly setting a 30-minute timer and stopping once the timer goes off is an easy way to keep your kitchen clean enough without totally zoning out and abandoning the chore altogether.

Additionally, you’ll be surprised at how much you can get done in 30 minutes.

Get an accountability buddy

Over-focusing can be used strategically. For example, if you like to fall down Wikipedia rabbit holes, but you also have to study for the class, buy or borrow books on the class topic. Find an idea within the context of that class that you’re interested in and just get lost in learning about the topic. At least then you’re learning about the subject matter.

Get rid of screens

Screens are designed to keep your attention locked on them. This is true whether we’re talking about laptops, smartphones, TVs, or tablets. Sometimes you just have to deal with reality on reality’s terms and cut the screens out of your life. This gives your brain more time to think and fewer sources of immediate gratification and distraction.

Every year, we learn more and more about ADHD, its causes, its triggers, and how to manage it. You don’t have to go it alone. We can help you manage your ADHD symptoms so they don’t get the best of you.

If you think you suffer from ADHD, then take our online quiz to see if you may need further help.